I went to Konoko Falls in Ocho Rios to celebrate my daughters 7th birthday.

Two weeks before, I had never even heard of this place, which is surprising since I spent much of my childhood exploring the parish of St. Ann. 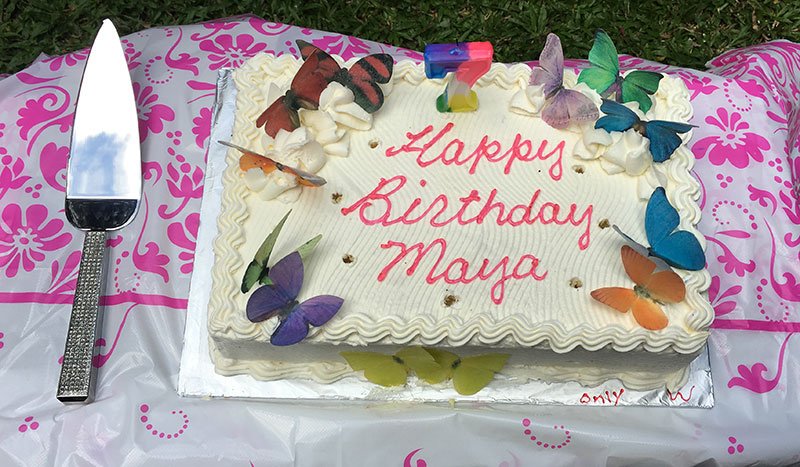 In a conversation with a friend, they mentioned that a local business person had recently taken over the place and did some renovations. This person has a great track record of restoring other attractions to beyond their original beauty, so I decided to check it out for myself. And I’m glad I did! 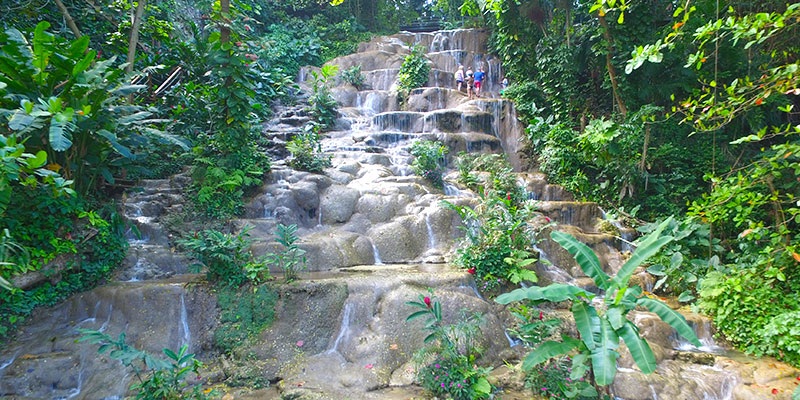 Konoko Falls is the most picturesque waterfalls I have ever seen. It’s actually a little too perfect. Makes me wonder if it’s really all natural.

Either way, I felt like I was looking at a painting.

It’s much smaller than the popular Dunn’s River Falls, that’s just around the corner, but it’s just as stunning, with way fewer people.

The day I went, it was really just the people that came for the party, and a few others that climbed the falls and we didn’t see them again. We had the place all to ourselves. 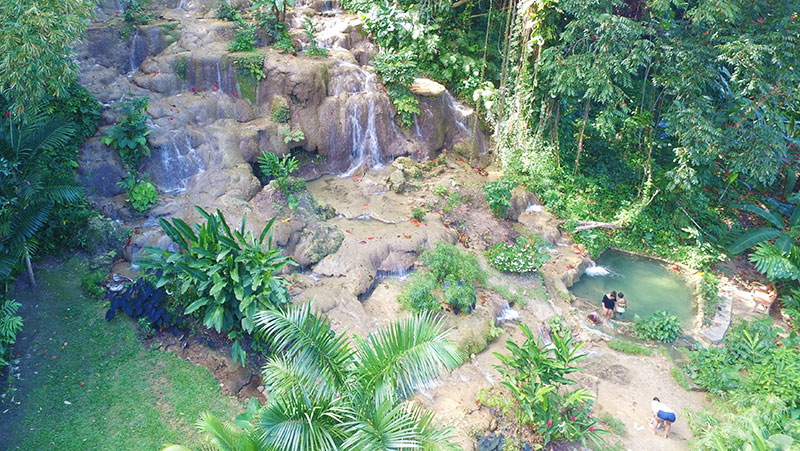 We had a picnic style setup right at the foot of the falls. There’s an area of grass that’s so well manicured that you’ll feel like you shouldn’t even walk on it. But our guide said it was fine so we spread some blankets, and let the kids run around for a while.

This was a great start to our day. The adults could relax and take in the view with the soothing sound of the falls in the background, while the kids could splash around in some little jacuzzi sized swimming pools at the foot of the falls without getting into trouble.

We hung out for a few hours until lunch finally came.

We ordered some jerk chicken, jerk pork and a few wraps and the staff there delivered it to our picnic spot.

The food itself was decent. Nothing special but definitely not bad. I would probably give it a B+ but I’m somewhat of a foodie so I’m hard to please.

After lunch, we decided it was time to take the full guided tour of the place.

We didn’t want to climb the falls with the kids, and our full stomachs, so we all got in our cars and drove up to the top of the falls where the main buildings are.

At the top, there’s a mini-zoo, a small museum, and a botanical garden.

This is where the kids really started to have a great time.

The mini-zoo had a few animals, including crocodiles, and some exotic birds. But I think the part the kids enjoyed the most was the bird cage.

There’s a walk-in bird cage where they could feed the birds and have them land on their hands. 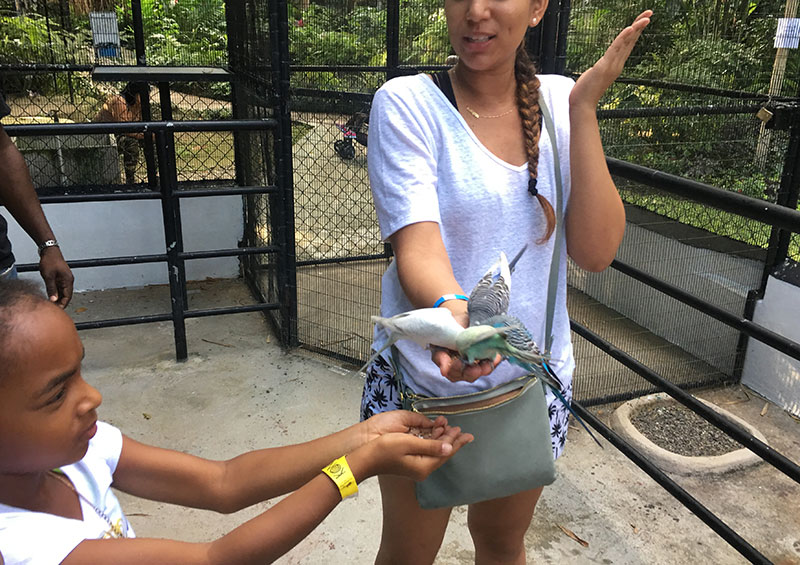 It started out with the girls running around and screaming in terror at the birds landing on them, but after a while, when they saw the adults doing it, they all calmed down and thoroughly enjoyed it. 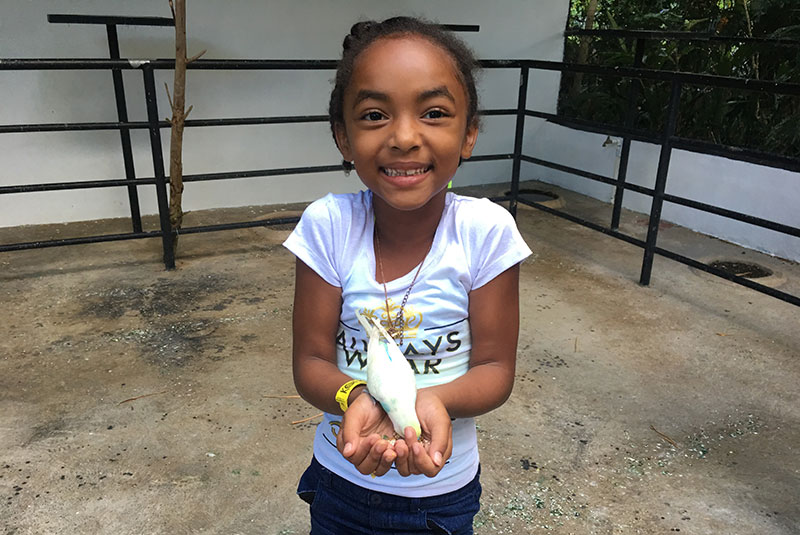 The guide also brought out a snake, that I think was a Boa Constrictor, for the girls to hold. But these girls weren’t having it! A few of the girls eventually got brave enough and touched it, but none of them would hold it. 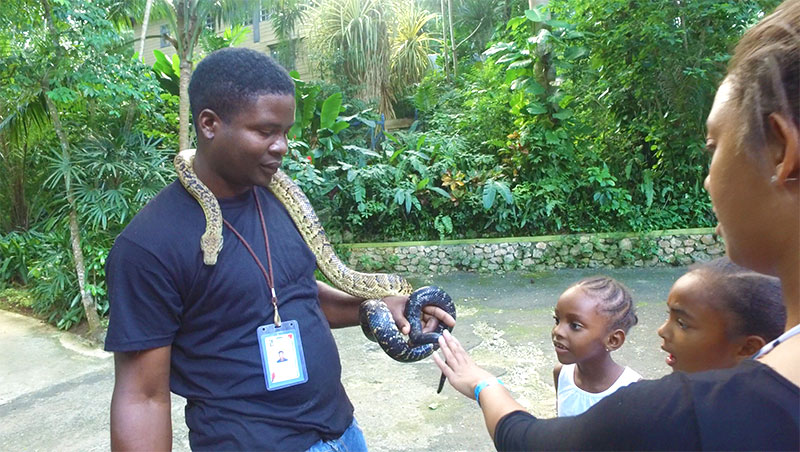 After that, we took a guided stroll around the botanical gardens. It’s a beautiful, well-kept place with little streams of water running through it. 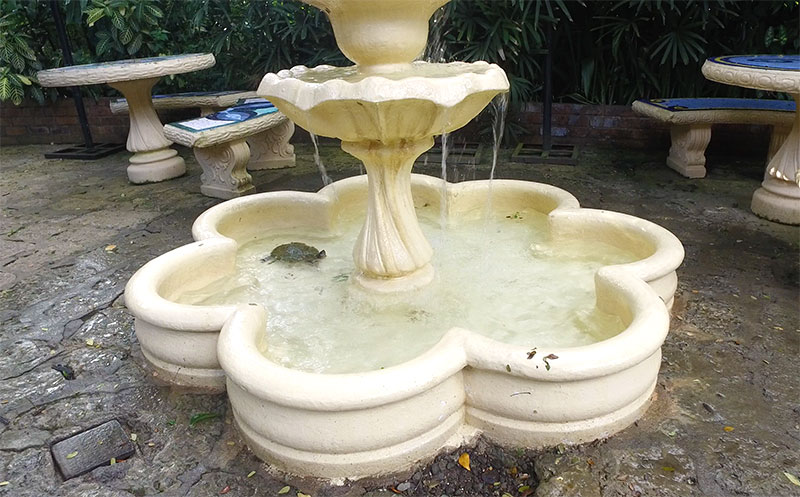 The next stop was a little museum. The exhibit offered a brief look at Jamaica’s past. It covered from the Taino Indians to the present day. There were some rare artifacts, maps, and pictures. It was a great addition to an already spectacular day, but the kids showed zero interest. This is more for the adults.

All in all, it was a great day. I’m sure I even overheard my daughter saying this was her best day ever (she’s had a few of those). But that’s her way of saying she had a good time.

The parents also had a great time. They were all very grateful that we invited them to come along.

So if you’re planning an event that includes kids, or just want to have a nice family day, the Konoko Falls in Ocho Rios, Jamaica is a great option.