The Sam Sharpe Square, located in the center of Downtown Montego Bay, gives visitors a historical snapshot of Jamaica during the 1800s.

It was originally named Charles Square, but was later renamed in honor of Sam Sharpe, a Jamaican National hero, and anti-slavery activist.

The main attraction to the area is the monument, commemorating the struggles faced by Sam Sharpe. 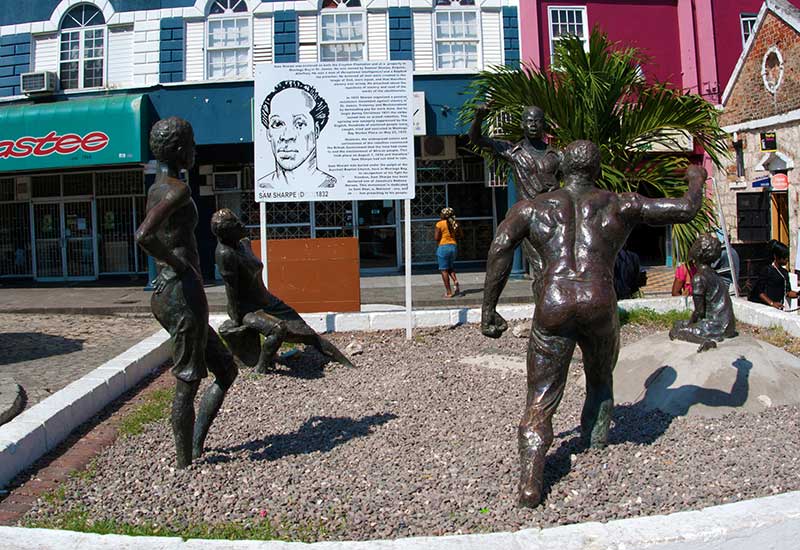 Other points of interest in the area are the Montego Bay Civic Center that houses the Montego Bay Museum, and “The Cage”, which is a small structure made of bricks and stone, that served as a jail for drunks, vagrants and runaway slaves. 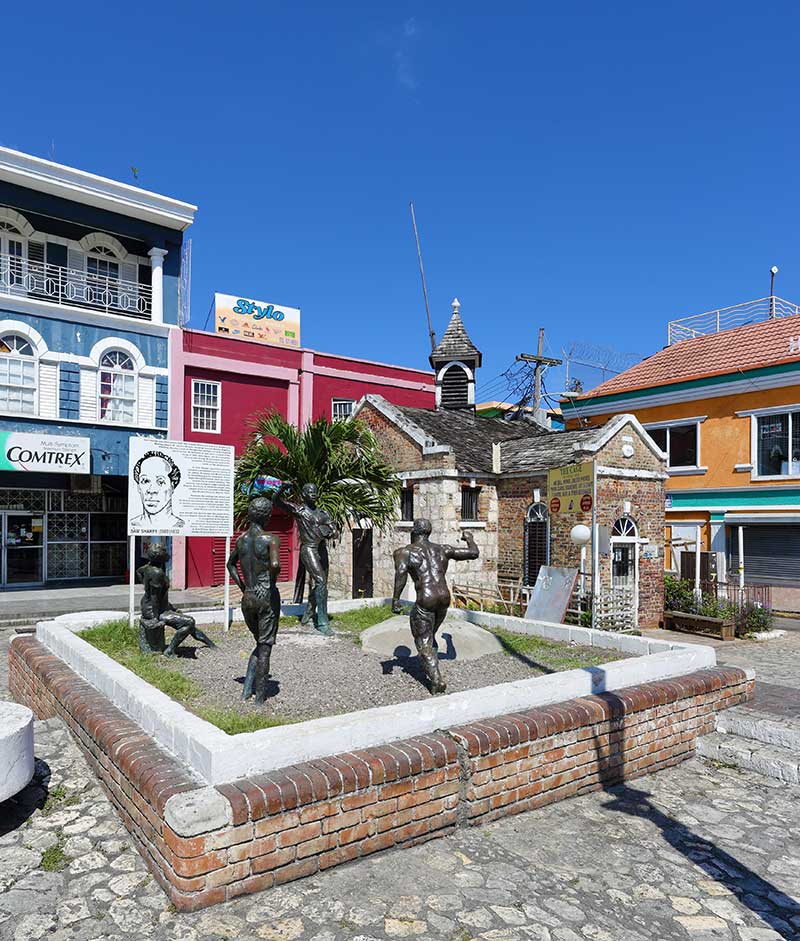 The area is bustling with activity. There are street vendors littered all over the square trying to sell their goods, and local taxis dropping off and picking up. It’s an interesting place to do some people watching, but unless you go inside the Montego Bay museum, be prepared for a sensory overload. 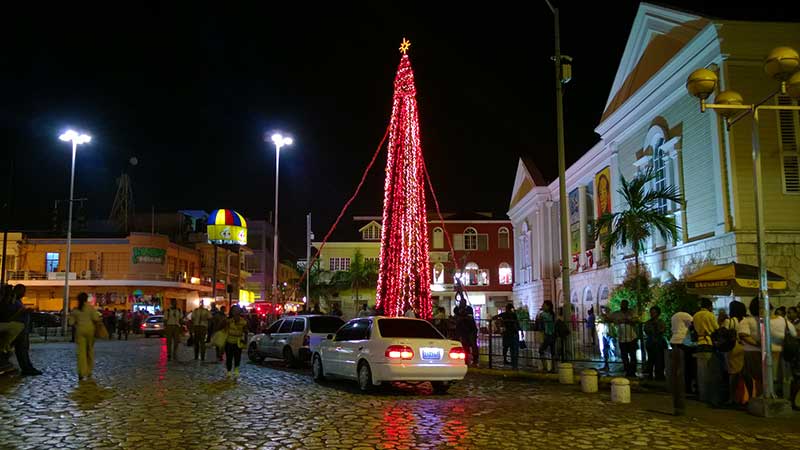 Photo by s0rrelpunch CC BY

Who was Sam Sharpe?

Born in 1801, Sam Sharpe was born into slavery. Though he was a slave, he was allowed to learn to read, and educated himself by reading the newspapers, and books he could get his hands on.

Because of his education, he earned the respect of his fellow slaves, and became a Baptist Lay-Preacher.

Sharpe developed a plan of passive resistance and shared it with his followers after religious meetings. He wanted slaves to refuse to work on Christmas day of 1831, and continue afterwards unless their grievances were accepted by the slave masters.

On December 27th, 1831, the plan of passive resistance quickly turned violent, as the Kensington Estate Great House was set on fire, which was the beginning of the slave rebellion.

As a result of the uprising, hundreds were killed, including Sam Sharpe. He was singled out as the main instigator of the rebellion, and after a trial, was sentences to death by hanging. On May 23rd, 1832, at the age of 31, he was hanged in the area now known as Sam Sharpe Square. 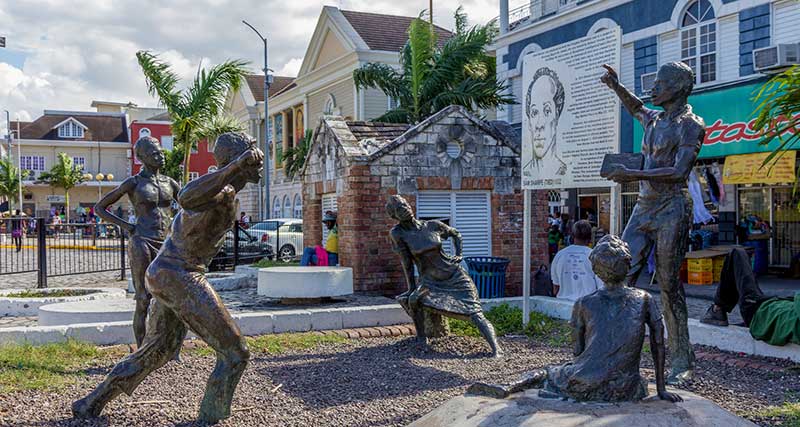 Photo by Stéphane DAMOUR CC BY